Skip to content
FacebookTwitterLinkedin
Top Menu
This Is My Story

Why Health Missions was Created

When writing the story about why Health Missions was created, I decided to tell the raw story. I left the diplomatic jargon aside, I took corporate speak off the table and I want to speak directly to you because Health Missions is about you, your family, your community, and your rights as a free citizen.

Nonprofits are rarely started because someone was bored or thought a non-profit organization would be a great business opportunity. Non-profits are usually founded because someone was frustrated about an experience where they were wrongly treated or angry because their was injustice to themselves, their family, or their community. The founders of nonprofits usually channel their energy into making a stand to right-a-wrong, to create justice, to tell the truth, or to help those in need.

The Amazing Healing Potential of the Human Body

As a clinical nutritionist and a doctor of chiropractic, I have been inspired over the last twenty years about how incredibly amazing the innate healing potential of the human body really is. By simply helping give a human being the bare essentials of water, nutrients, oxygen, sleep, and optimal nerve function, the body can perform miracles. I have had the opportunity to provide natural health care services such as chiropractic and functional nutrition to individuals with morbid obesity, terminal cancer, debilitating pain and hundreds of other conditions and when I think long enough about the changes I have seen in people’s lives, I could shed tears.

Does Your Son Know Which Side the Heart Is On?

My dad suffered from a heart arrhythmia and when my father told his cardiologist that his son, a chiropractor and nutritionist, recommended certain nutrients for his condition, his cardiologist said, “Does your son know what side the heart is on?” 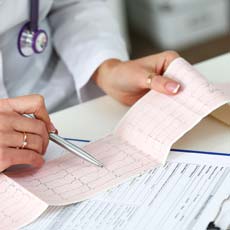 I was concerned because he was given a drug that was introduced in 1962 but pulled off the market in 1967 due to severe side effects1. The FDA urged manufacturers to conduct clinical trials to better understand the seriousness of the drug’s side effects but those trials were never done2. Why is the American public still exposed to the drug?

The drug slowly worked itself back into the market and in 1985 became FDA-approved WITHOUT completing any rigorous, FDA-sanctioned randomized clinical trials.

After two weeks on this drug, he could not walk up a flight of stairs or walk down the hallway without stopping to get a breath of air. The drug was known to destroy lung tissue and cause pulmonary fibrosis in as little as sixty days! This is not a drug you should ever give to a patient with a thirty-year history of smoking as my father had.

After an arrhythmic episode my father went to the hospital and was given a very high dose of the same medication via intravenous injection. If it was toxic at a low dose via a tablet, I couldn’t imagine what a high IV dose would do to his body.  I ran downstairs to call my sister and ask her to do a deeper review of the research on this medication because of my preliminary concerns. She said it can react with other drugs he was on and can cause acute kidney failure. I ran upstairs (twenty minutes after the IV injection) and his heart had just stopped. The kidneys failed and water pooled in the pericardium, suffocating his heart and causing his death. My father lost his life while the cardiologist got an A+ because the heart was working at the time of death.

Standing Up for the Public

I lost my best friend. However, over time my anger did not subside and I did not know how to alleviate it. What was the cause of my sustained anger?

All of those issues made me angry but I think it was the fact that I did not take a big enough stand, ask enough questions and challenge the system that angered me the most. The drug prescribed was simply used as a source of iodine. You see the underlining problem is that companies can’t patent natural ingredients (which have no side effects). Therefore, if they want to make money on a natural ingredient like iodine they have to make a synthetic version that has life-threatening side effects.

After that experience, I felt I had to stand up for the public that doesn’t understand the politics, the money trail, the lack of transparency in medicine and the public’s blinding trust in those in white coats.

It is known that it takes medicine about twenty-five years before they will adopt a proven nutritional solution. We saw this with folic acid and neural tube defects. Twenty-five years after the research proved the association between folic acid and neural tube defects, medicine began to recommended folic acid in a prenatal vitamin (5). That was twenty-five years that newborns were at risk for no reason. We saw it with vitamin D that is just lately become acceptable in conventional medicine. However, there is still not widespread acceptance of B vitamins for high levels of homocysteine, chiropractic for chronic pain, and on and on and on.

My sister and I created Health Missions because we were tired of lies. We wanted the public to embrace natural solutions of healthcare and we committed to publishing studies to better exposure natural health solutions to the public.

Determining the Future of Health Missions

Unfortunately, we had a hard time getting physicians and the public to get behind this mission but still managed to published three studies. Fundraising was slow so my sister and I contributed tens of thousands of dollars to keep the nonprofit afloat until we could no longer sustain it.

The nonprofit was not sustaining itself and we had to make a decision on the future of Health Missions.

During that time of uncertainty, my sister and I were at a restaurant talking with a consultant about my vision of Health Missions. I was talking loud and passionately and using my hands like a typical Italian from New Jersey 🙂 and a young man in a wheelchair was listening intently to our conversation. He rolled his wheelchair to our table when I excused myself to use the restroom. When I returned, my sister informed this gentleman about who we were and what we did.

It turns out this gentleman was a West Point graduate and was planning on running for Senate the following year.  He was in a wheelchair for the last two and a half years from severe muscle weakness, loss of balance and chronic, progressing seizures. He asked if we could talk at a later date and I obliged and gave him my number.

He sent me his massive collection of medical records.  I never saw records so organized but it made sense coming from a West Point graduate. He had all doctor’s notes, labs, reports and he even created detailed graphs to show progression and regressions during the last three years.

He has seen 29 of the top physicians in the country at 11 different hospitals.

He has seen 29 of the top physicians in the country at 11 different hospitals. He saw the heads of the neurology department at the Mayo clinic and John Hopkins University and 9 other medical institutions. None of these institutions could provide any relief for him.

During our phone conversation he asked if I would personally see him even though I told them I was not currently seeing new patients, I obliged. I told him I could probably see him in about two weeks when my schedule lightened up. He and his caregiver had expressed concern about him not making it to Christmas. At that moment I decided to clear my schedule and see him the following day. It turns out he had been having about ten seizures a day and they had been progressing every month.

His case was interesting because he had a cardiac ablation about ten years earlier which is a strong sign of a magnesium deficiency. Then while at the University of Chicago he had plasmapheresis, which was a process of pulling out the blood over time and replacing the serum with albumin supplemented with calcium. The addition of calcium without magnesium made the magnesium deficiency more severe.

His trauma history uncovered a severe neck injury where he was evacuated to a hospital but he never had his spine examined for a subluxation (misalignment of the spine compressing nerves).

Joshua received an entirely new lease on life without the need for any medications or the hundreds of thousands of dollars in medical testings and treatment. He not only lived without daily seizures that would wake him up at night for years but he could walk and live a normal life.

Joshua decided not to run for Senate because he felt he can make more of an impact by driving Health Missions forward. Josh is now the chief executive officer of Health Missions and his goal is to help millions of people live healthier lives by telling them the truth, validating the efficacy of natural health options and protecting those that serve as chiropractors and natural health practitioners.

He is now the chief executive officer of Health Missions

Having Joshua at our helm, after his experience of his own journey, in addition to his strategic style of management, he will make the impossible possible.

We hope we can earn your support to help communities across the nation and around the world with natural health options.